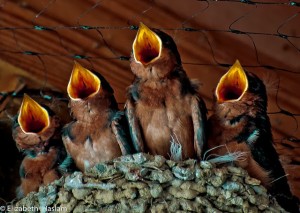 I wrote a post with the same title almost one year ago and it still holds so true. I wonder when the time will come to grow up…I fell for the topic again last month, when I participated in a workshop – led brilliantly by Patrick Ladbury from the National Social Marketing Centre – about measuring behavioural change.

Some things about measuring in this context are completely transferable to the wider marketing discipline:

However, behaviour change calls for especially accurate, well evidenced measurements, non the least because the funds behind such initiatives are usually under extra scrutiny. It’s less about generating profit for private shareholders and more about benefiting individuals and communities for the greater social good.

The workshop started by Patrick asking us all to sing. We looked at each other, slightly confused. A couple of us were not strictly against the idea but no one really wanted to. Everyone was feeling shy and thought singing was pointless.

Patrick then told us about the benefits of singing (it would improve our mood) but that didn’t seem to be enough.

He then threatened to fine us if we didn’t sing. No one thought he could enforce it, really.

He asked therefore what could he do to make us sing. We came up with several suggestions: Patrick could start singing first and we would join in, all at the same time. And it had to be a song everyone knew.

After a couple of minutes even the more skeptical were convinced and we all sang ‘happy birthday’.

What if the ask was for us to sing every single morning though? And how could we measure if it actually improved our mood? We discussed the shortcomings of self-reporting, suggested designs for forms where we could capture observations by third parties, forums where we could record our feelings every day, support each other, using control groups and so on. Really interesting stuff.

I wonder how much demand is there for behaviour change marketers in the job market? I don’t see a lot of them kicking around.There should definitely be a lot more time and money put into researching what we should be doing differently for the sake of the planet, and how to influence stakeholders upstream and downstream.

About
The Marketing Cube is a marketing, brand and digital consultancy service based in London. Please note that we're not accepting new clients at the moment. However, the blog is still active and available for your perusal!
Latest from our blog
Jan
2017: what will be trending in digital marketing

Ladies and gentlemen, as has been my tradition for the last...

I haven't touched much on the pensions and retirement...